Skylarks were singing above us while the haunting call of a Curlew reached us on the wind. It was mid-June and we were on the Orton Fells of east Cumbria, an area of high grassy moors, limestone pavement and the occasional stretches of water, such as Sunbiggin Tarn below us. A pair of Mute Swans were supervising two well grown cygnets and a Tufted Duck was diving for food. Onshore, a flock of forty Lapwing were feeding amongst short vegetation. It was good to see so many when numbers in East Anglia have fallen dramatically. We walked on to a small stream flanked by marshy ground which was full of Birds-eye Primrose, a beautiful little plant with several flowers of pink petals in a cluster at the top of a single stalk. It is a limestone specialist and in this country it is only found in the Carboniferous limestone areas of northern England. Deep, rich magenta spikes of Northern Marsh Orchid were also dotted around the fen. This is more of a generalist and can be found in many habitats north of the Humber. Up on the high limestone pavement it was windy and cold, so much so that there were Early Purple Orchids still flowering, while ours in Norfolk had gone over by early May. It was interesting peering into the grykes, the gaps between the slabs of limestone, to see many different ferns and woodland plants, such as Wild Garlic, Wood Anemone and Raspberry, growing up towards the light. We were scolded by Wheatears anxious about the safety of their newly fledged offspring, of which there were many, as they nest in holes under rocks or in dry stone walls. The highlight of our holiday however was the disused Tebay to Darlington railway line which has become a five mile nature reserve passing over the spectacular Smardale Gill viaduct. There were flowers in profusion all the way, many of them northern species, such as the Melancholy Thistle, a statuesque plant with big solitary flowers much visited by bumblebees of many species. There were bright yellow Rock Roses, cerise Bloody Cranesbill, violet Wood Cranesbill; even the wild roses were different to our usual Norfolk species. There were orchids too: Common Fragrant, smelling of carnations; creamy white Greater and Lesser Butterfly Orchids, and best of all, secretive Fly Orchids which we would not have found had we not met a helpful Cumbrian Wildlife Trust botanist who told us where to look. Even knowing that we were looking at the correct bank, it was incredibly difficult to spot them among the profusion of other plants, as they are small and very inconspicuous. We eventually located them by the short bamboo sticks beside them. Each flower is the perfect replica of a small bee and even gives off the scent of a certain female bee to fool the male of the species into coming to the flower and carrying its pollen to the next floret, allowing that floret to set seed. It is one of the most amazing relationships between a plant and its pollinator in this country. Without the bee the orchid would not survive!

Muriel has been watching leaf cutter bees taking circles of green leaf into a small hole by her patio. These will provide food for the bee’s larvae when they hatch. Do let me know of any interesting wildlife you see rachel.42rr@btinternet.com 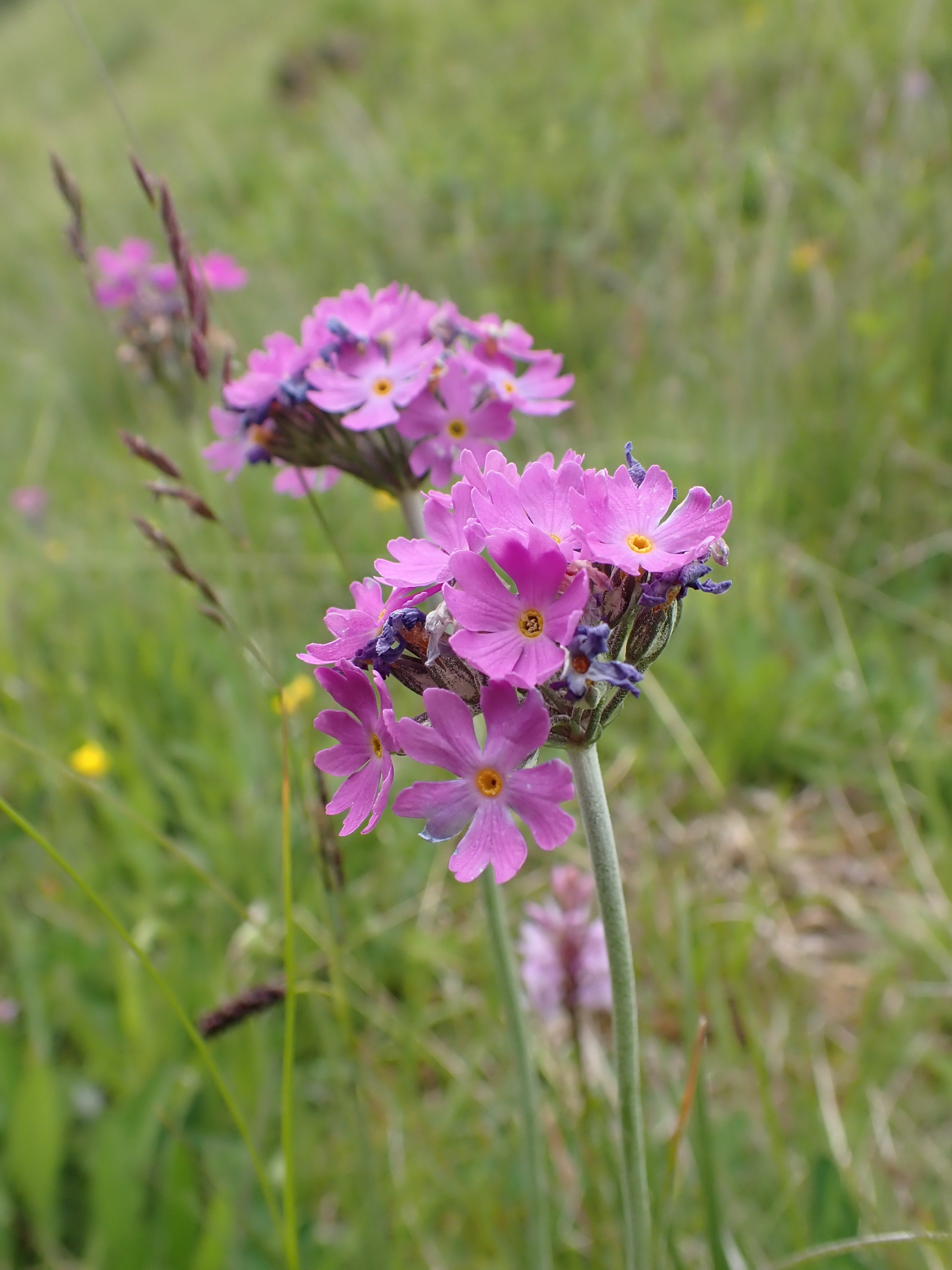 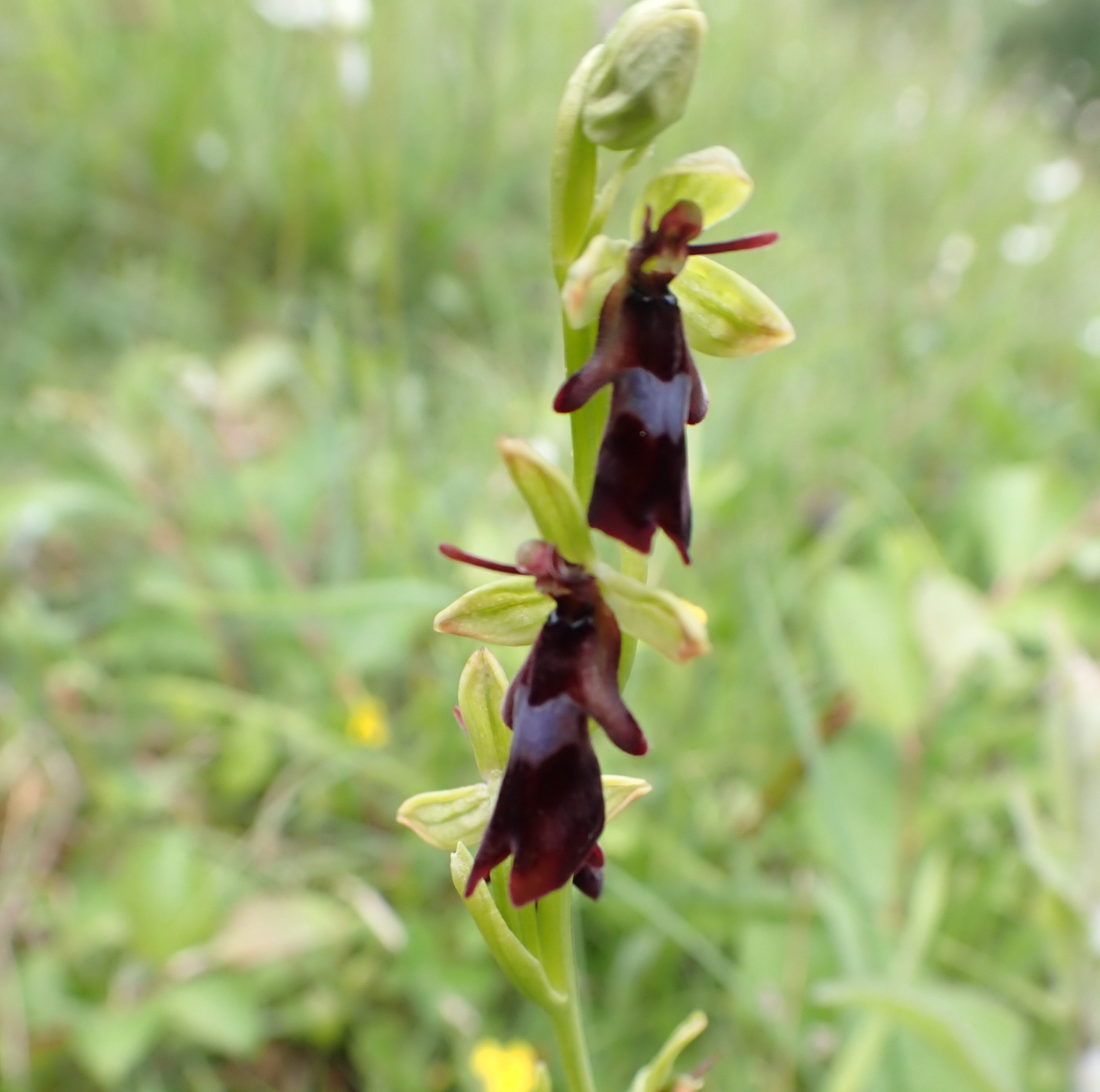