The historic and large medieval church of St Mary’s, Elsing was built in the 14 th century and proudly stands over the village. Built to a single plan in decorated gothic style by its founder and local knight, Sir Hugh Hastings who died in 1347, the nave is without pillars or aisles.

Sir Hugh is buried here and commemorated by a long brass figure in full armour which is of national importance. The single stemmed octagonal font is 14th century and highly decorated with figures in the niches around it. The font canopy is believed to be the oldest of its kind still in existence. There are five bells in the tower which are no longer rung.

In contrast to the large church, Elsing is a small village, with a population of about 240. There is a good community spirit and it is a friendly place to live in with a well-equipped village hall, a popular pub and the church all within a hundred yards of each another. 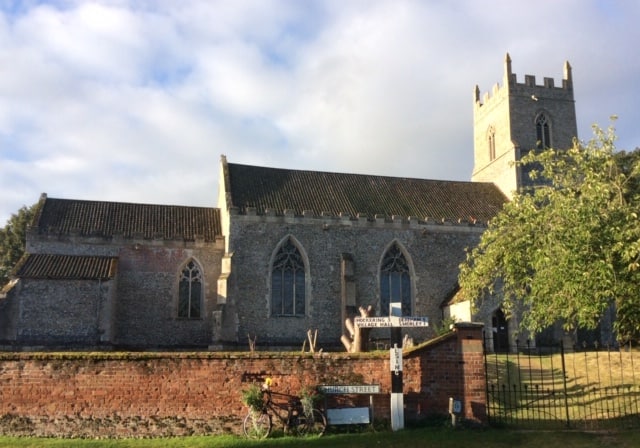 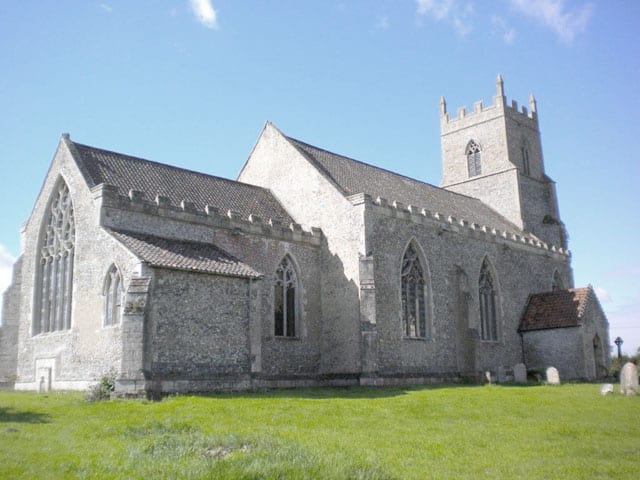 Please observe social distancing guidelines and Covid secure measures that are in place to keep you and the wider community safe.

Elsing Church is in the process of being granted permission to install telecoms equipment in the tower. Please click here for the notice which can also be found in the church.

Our church buildings in the Reepham and Wensum Valley Benefice are as individual as the people who have worshipped in them for hundreds of years. They each hold many interesting social and historical artefacts as well as providing spaces for peace, worship and celebration for the communities they serve today. Below are links to The Norfolk Churches website which will provide you with a taster of what you may find when you visit us.